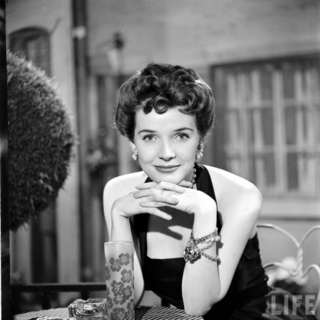 The text you type here will appear directly below the image
Dear Polly Bergen. You died two months ago. I attended your estate sale last week. But I have to be honest; I wasn’t entirely sure I could remember who you were, so I looked you up. And by the way, I bought two of your cashmere sweaters.

You were a stage, screen and television actor for sixty four years. You wrote three books, and back when you were still singing, you produced eleven albums. You started a cosmetics company that was so successful you finally sold it to Faberge.

In 2008, you campaigned door to door for Hillary Clinton, you did not mince words and you were labeled “outspoken” which is always a good thing. You were, for 64 years, a working artist. And you had one hell of a walk-in closet, approximately the size of my kitchen and dining room.

You moved to the town where I grew up, Southbury, Connecticut and from the looks of it, you were enjoying the daylights out of your life. But even you admitted that smoking for 50 years was not one of your better choices.

So here’s to you Polly Bergen, hard-living, working artist, supporter of women, who left us better than she found us. And thanks for the cashmere sweaters. If they have retained even one molecule of your bright spirit, I am all the richer for it.