The Next Big Thing!

The Next Big Thing

Right before Christmas, Maura Lynch asked me to participate in The Next Big Thing online event — a way for authors/bloggers to share news about upcoming projects.

Maura Lynch lives in Manhattan , New York , and is a former film, television and publishing executive. She is writing a memoir about having Post-Traumatic Stress Disorder, but living with the misdiagnosis of bipolar II disorder for fourteen years. She also is writing a crime fiction novel set in Queens , New York in the late 1960s. On her blog Loudmouthkid62 . Maura reviews books and posts personal essays.. (She also tweets @Loudmouthkid62

An interview with Jacqueline on Book In the Bag

Let’s start with the basics. Who are you?
Jacqueline Sheehan

Tell us (briefly) about you…
I'm a New York Times Bestselling author of fiction and also a psychologist. I am a New Englander through and through, but spent twenty years living in Oregon, California, and New Mexico doing a variety of things, including house painting, photography, freelance journalism, clerking in a health food store, and directing a traveling troupe of high school puppeteers.

My novels include, The Comet’s Tale a novel about Sojourner Truth, Lost & Found, Now & Then, and Picture This. I have published travel articles, short stories, and numerous essays and radio pieces. In 2005, I edited the anthology, Women Writing in Prison.

I have been awarded residencies at Hawthornden Castle in Scotland and Jentel Arts Colony in Wyoming. I teach workshops at Grub Street in Boston and Writers in Progress in Florence, Massachusetts, and have offered international writing retreats in Jamaica, Guatemala, Wales, Ireland, and Scotland.

…and a bit about what you’ve written…
See above.

…and what you’re working on right now.
I’m taking a sharp departure and writing a book that is loosely based on a massacre that took place in Guatemala, 1990 in a Mayan village.

What are your earliest book-related memories?
I lived in a small town in CT where we had a one-room library. The rules were strict and if you were in the library, you were either sitting at table reading or searching for a book. Also, a wonderful memory is having chicken pox (that part wasn’t so wonderful) and my mother bringing me a mountain of books from the library. One of the books was The Incredible Journey and I loved it. I hadn’t realized until this moment how much that book probably influenced my writing. In both Lost & Found and Picture This, there are several chapter from the point of view of a dog.

What are your three favorite books?
To Kill a Mocking Bird, by Harper Lee. I read it every few years. It is nearly perfect.
Prodigal Summer, by Barbara Kingsolver. She writes about the lustiness of nature so beautifully.
In the Woods, by Tana French. She’s an Irish writer who excels in dark psychological mysteries.

How many books to do you read at any given time? What are you reading now?
If I’m reading more than one book at a time, it means that I’m not fully captivated by the writing. Right now I’m reading a memoir, Misadventures of a Garden State Yogi, by Brian Leaf. Very funny and humble.

Finish this sentence; when I curl up with a book, I ___
I pray that the cat won’t knead his claws into my legs.

To re-read or not to re-read that is the question.
There aren’t many books that I re-read, but when I do it is like visiting a good friend.

How likely are you to read a book that’s been recommended to you?
It depends entirely on who is recommending it. But the chances of choosing a book with a personal recommendation are usually much higher.

How likely are you to recommend a book (that isn’t yours)?
I do it all the time.

What do you look for in a good book?
I want to be fully immersed in the story, inside the skin of the characters.

Why do you write?
This will sound trite, but I write to more fully understand and experience the world.

If you couldn’t be a writer, what would you be?
I’m also a psychologist, but if I hadn’t been either a writer or a therapist, I probably would have studied frogs and insects. I was fascinated by them.

Where do you draw your inspiration from?
My childhood.
My current relationships.
The news.

What has writing taught you about yourself?
It has taught me that my most intimate and painful experiences are universal.

How do the people in your life seem to view your writing career?
My writing friends completely understand the grinding level of work is required.
My civilian friends seem to think I’m on a pro-longed vacation. I’ve given up trying to change their minds.

Are there any stereotypes about writers that you don’t think are true?
I don’t know what the stereotypes are, which means I might be one.

What do you see as the biggest challenge today for writers starting out?
Writers can talk about writing too much, rather than just writing. And new writers complain bitterly about the publishing industry before they even get a contract. I think it is part of the image that newbies might have of writers to complain about publishers. My experience with publishers has been quite good.

Have you made any writing mistakes that seem obvious in retrospect but weren’t at the time?
I can be overly accommodating. I might need to stiffen up a bit.

Is there a particular project you would love to be involved with?
When Lost & Found is optioned for film again, I’d like to be the psychological consultant on the film.

How do you deal with your fan base?
I answer every single email that I get from readers. And I love doing readings. Meeting readers is still a thrill for me. I am grateful to them and I’m interested in what they have to say.

Finish this sentence; my fans would be surprised to know ___ about me.
That I hitchhiked across the country once. What an idiot!

Anything else we should know?
I could eat Mexican food every day of the week.

And now I would like to pass the torch to my friend and writer Ellen Meeropol:

A literary late bloomer, Ellen Meeropol began seriously studying and writing fiction in her fifties. In 2005, determined to spend more time with the characters demanding her full attention, she left her career as a pediatric nurse practitioner to write, and work part-time in an independent bookstore. Her work explores characters at the intersection of political turmoil, ethical dilemma, and family life. Publishers Weekly gave her debut novel, House Arrest (Red Hen, 2011) a starred review, calling it “thoughtful and tightly composed, unflinching in taking on challenging subjects and deliberating uneasy ethical conundrums.” Her short stories and essays have been published in Bridges, Pedestal, Rumpus, Portland Magazine, Shaking Magazine, Beyond the Margins, Women’s Times, Off Our Backs and others. Elli offers workshops on writing fiction about social justice. You can find her here . 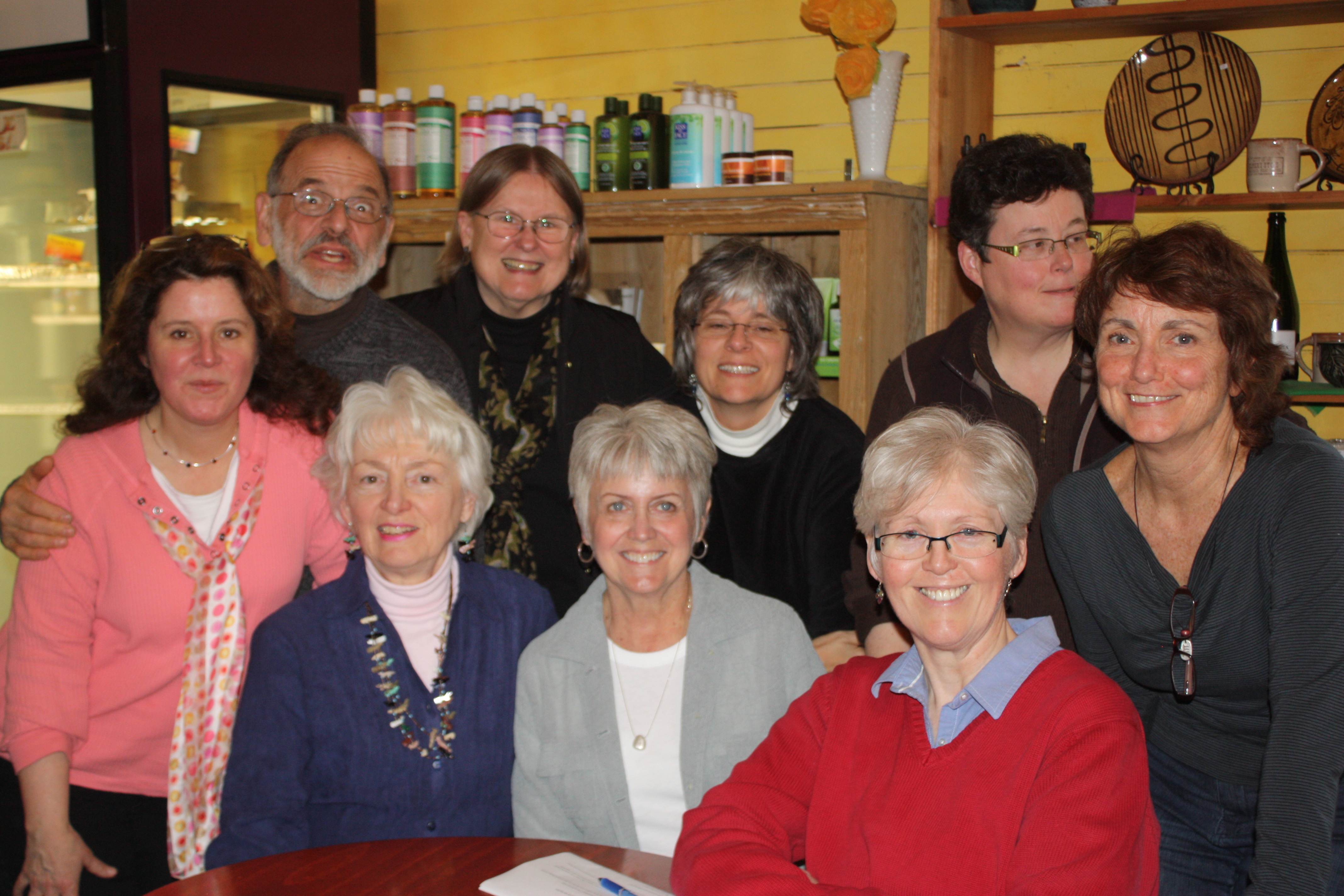