What's in a name - Guest blog by Alan Lipp 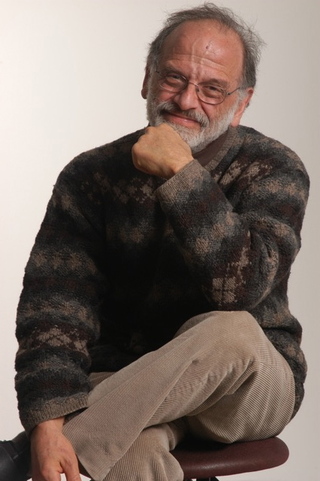 Alan Lipp
For 68 years I have been contented with “Alan,” but as a soon-to-be grandfather I suddenly need a new name. “Daddy” arrived with the birth of my daughter and all too soon became “Oh Dad,” with a level of dismay only possible from an adolescent. But other than that natural passage through fatherhood I have always been content with “Alan,” perhaps because it is about as simple and unadorned as names go. Elizabeths have to decide between Beth and Betsy, Liz and Liza, Bethy, Betty, or Bett; and Edwards must choose between Ed, Eddie, Ted or Woody (I’ve never quite figured that one out). Alan has nowhere to go except “Al.” I will answer to “Al” from strangers, but my friends have never even attempted anything but “Alan.” And now with my daughter’s due date approaching as rapidly as the fiscal cliff I find myself with a naming problem.

When I first became a teacher and heard “Mr. Lipp” I had to restrain the urge to turn around and look for my father. While I prefer to be called ”Alan” I know that many of my students prefer the formal “Mr.” and so I don’t make an issue of it with them. When I finally completed my doctorate many of my students were happy to drop mister in favor of doctor or Doc. As long as my students are interested and engaged I don’t much care what they call me, although my favorite came when my daughter Katie was in my class, and she and her friends called me Daddy. But now Katie is about to make me a grandparent and I need one more name.

Perhaps it would be easier if I had known my own grandfathers, but both died long before I showed up, so I have no experience in the grandfather naming game. My own father became “Poppa” to my brother’s six children so that name feels reserved to me.

“Grandfather” is far too formal for me, and a mouthful of syllables at that. My limited experience in the grand-naming leaves me wondering what other men have done. Women seem to have more options. Grandma, Granma, Gran, Gramma, and Granny. My wife, Edie rejected them all. I think she would adopt “Nana” if my own mother hadn’t gotten there first. She lived with us for many years and was Katie’s Nana . . . Edie does not want to tread on that ghost. Instead she did what any modern woman would do: consult the guru Google.

It is no longer surprising that you can Google “grandparent names” and pull up dozens of websites. Google proves that there is nothing new under the sun. If you can think of something to search for you will surely find out that somebody has already created a website for it.

Edie rejected the most common names for grandmothers. They either evoke the wrong image, sound too archaic, too formal, or just too old. In this third trimester of our lives we would like to hold onto some semblance of youth and vitality.

Ethnic names won’t work either. It seems too much like poaching to grab at a name from another land simply for the sound of it and not for the images and cultural echoes it should evoke. Bubbie Edie? Give me a break!

But she did find a name she likes: Mema, and it sounds pretty good to me too. It is a little unusual, just enough to make Edie a little different from the other Grandmas and Nanas. It’s short, simple, and has the easy sounds that even a baby will find natural.

Edie is all set with “Mema,” and that leaves me with the naming problem. Granpa? Grampa? Gramps? If I don’t think of something soon I’m likely to end up as Grumpy or Sneezy. Right now I’m feeling more like Dopey. Maybe I need to hit the internet.


Alan teaches mathematics at the Williston Northampton School in Easthampton, Massachusetts and has presented workshops throughout New England .
His latest book, The Play's the Thing (Mathematical Games for the Classroom and Beyond) is available through Amazon.
4 Comments

We thought a lot about this issue when our first granddaughter Josie was born and didn't come to any conclusions. She solved the problem by naming us. At about 18 months or so, she started calling me Meema, and calling Robby Peepa. We have no idea where she picked these names up, but they have stuck. And, gotta admit I love them.

Loved it - especially the line: In the third trimester of our lives..."
How about Gee-pa to go with Mema? Or take the risk to just wait until your g-baby names you....

Loved reading this, Alan - and a wonderful picture of you.
Are you sure you couldn't honor your father by also using the name Poppa for the newest family member? It is a fun name - and I know two friends who love being called that. The most unusual response I can share is from the father of a niece-in-law. He did not want the usual names - perhaps in response to the admission of age - so he is called "Blueberry" by his grandchildren. Sorry - that's already taken now!

- Marion ( aka Grandma and now Grammy by the youngest)

Alan, just read this. If you can wait a couple of months, just wait for him to start babbling. When he begins repeating a certain babble sound that you like hearing (maybe "ba ba" or "la la" or "mo mo"), jump in front of him with arms outstretched, in a "Ta da" moment, like you've just completed a tap dance on stage, as in "here I am, it's me, la la," and when he repeats it, you jump in front of him again. Soon he'll be laughing and you'll be laughing, and your grand baby will have named you your very own unique name.