Is that Place for Real? 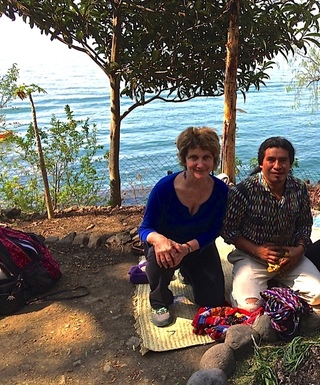 When writing novels, I create characters who are fictional. It’s true that they might exhibit mannerisms that I’ve lifted from the cashier at Cumberland Farms, or a school mate from long ago. But they are imaginary people, just like Winne the Pooh or Jack Reacher.

Even imaginary characters must exist in a place. They must live in a town, city, state, or a county with its own climate, regional foods, geography, wildlife, and plants. Depending on where they live, they call their sugary carbonated drinks either pop or soda.

The question for writers is, should you stick to precise facts about a place? Do you zoom in on a town with Google Earth exactness, name the streets, the Stop and Shop, and count the spaces in the library parking lot?

Here is what I do and if you’re looking for the Google Earth version, I’m issuing fair warning. I pick a setting for my story, although most often the characters pick it for me because it is an intrinsic part of the characters. I’m drawn to New England. Or Guatemala. Or Ireland. I research the location through travel, maps, books on climate, and personal interviews.

As the story progresses, the location becomes a place that exists only in my novel with fictional shops and restaurants that might be plunked right next to a real Whole Foods store.

I never imagined that this needed an explanation until I received an email from a reader who was perplexed about a book that I set on Peaks Island, Maine. She couldn’t recognize any of the stores or restaurants, and my main character was a part-time animal control officer and my reader knew that the police took care of all that. And to top it all off, no skunks live on Peaks Island and in my book, there was a skunk.

I wrote back and told her that I was truly sorry about the skunk since I had poured through Peterson’s Guide to Mammals that said skunks lived nearly everywhere in Maine. As for the rest, I had to explain that my Peaks Island was fictional. It was not her Peaks Island.

Her inquiry did prompt me to think about place in my recent book, The Center of the World. It is set partly in Guatemala during a time period when over 200,000 people were killed by their own government and most of them were Mayans. Even though the war was over by 1996, I still did not want to write with exactness about the massacres (I had many to pick from), particular villages or personal names. My Mayan Highlands are fictional.

Here are some things that I changed. Each Mayan village has its own weaving pattern that identifies it. I changed that. Each region has its own version of the Mayan language. In my fictional world, I switched languages around in a way that will be perceptible only to a few knowledgeable people. The village where a massacre takes place is fictional; you will not find Santa Teresa on a map along the shores of Lake Atitlan.

I was extra protective of the Mayan people in a way that may seem extreme, but then again, humans are given to extreme behaviors, like killing 200,000 of your own people.

My settings will always be fictionalized, a world that is only a bit like the one you can find on Google Maps. The world in my books belongs, not to us, but to my characters.